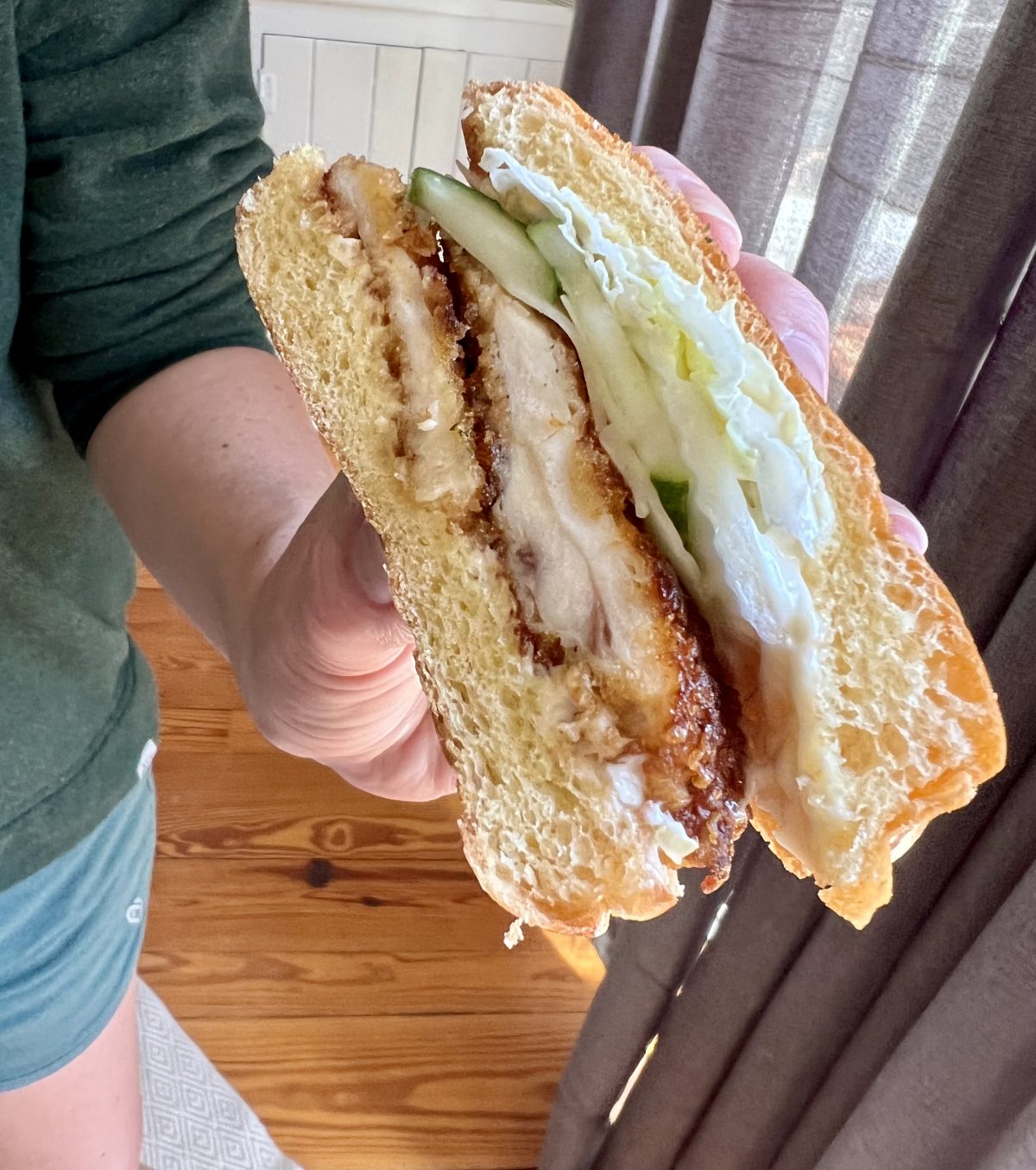 Shall we talk about what we’re eating? Here’s what went on at our house this week:

Usually we deviate from the white board slightly but, this week, I’m glad to say it all went pretty much as planned. Let’s discuss the juicy details, and keep scrolling for how I finally perfected the Crispy Pecorino Romano Chicken Sandwich pictured at the top, which has been haunting my dreams.

What we made this week, with notes:

Saturday 8/13/22: Fig, caramelized onion, and bacon pizza. Come on. Do I need to say this? It was obviously amazing. The recipe came from NYT Cooking except I used fresh figs we grilled last week and added shredded fontina and goat cheese to the blue cheese called for in the recipe. More is more when we’re talking cheese.

Sunday 8/14/22: Beef phyllo pie with salad. Wowzers… this was even better than expected and I expected a lot — it is super-seasoned meat wrapped in flaky pastry, after all. I’d originally planned to add some sauteed zucchini and bell peppers but then thought, “Calm down here, just try it the way the recipe was written.” Very glad I did — this phyllo pie needs nothing but the beef, the feta, the fresh herbs on top, and maybe a little lemony yogurt sauce on the side. The recipe came from the cookbook “To the Last Bite” by Alexis deBoschnek . Except, her recipe used lamb. Lolz, I guess I didn’t follow the recipe 100% but whatever — it was still amazing and will be making it again!

Monday 8/15/22: Chicken mole with cilantro-lime beans and rice. A repeat recipe in our house from America’s Test Kitchen’s book, “Dinner Illustrated: 175 Meals Ready in 1 Hour or Less”. It sounds wrong, but this mole sauce can be made in like… 10 minutes. And it’s reeeeeaaalllly good. This time, I used the leftover chile-peanut salsa from last week’s skirt steak tacos in the mole and it worked great!

Tuesday 8/16/22: Crispy Pecorino Romano Chicken Sandwiches! Recipe below! Proud to say, on what ended up being the third try, I finally nailed the right combo of ingredients (following last Sunday’s fried chicken cutlet disappointment). The elements that righted all my past sandwich wrongs: a toasted brioche bun (not a kaiser roll!), my standby Crispy Pecorino Romano Chicken recipe (crackly and crispy, not greasy like previous attempts), and homemade quick pickles for a much-needed tangy crunch. Hallelujah.

Thursday 8/18/22: Smoked ribs with cola BBQ sauce, roasted sweet potatoes, and salad. Fun times and a good bottle of shiraz were had on Thursday. This cola BBQ sauce is where it’s at. The recipe came from Toni Tipton-Martin’s cookbook ,”Jubilee” and is the sauce she pairs with the orange-glazed wings shared last week. Loved! I mean… look at these freaking ribs:

Friday 8/19/22: Pasta with white vodka sauce, garlic bread, and salad. Heck yeah! A deceptively simple recipe that tastes like the best alfredo sauce you’ve ever had but better, from my all-time favorite book, “Italian American: Red Sauce Classics and New Essentials: A Cookbook” by Angie Rito and Scott Tacinelli. I bought this book b/c Bon Appetit wrote about its mussels stuffed with pepperoni rice recipe and I thought, “These people get me.” I’m quickly cooking my way through the whole thing and am very glad I tried this buttery, creamy, onion-and-shallot-laced pasta. It’s fab. No photo b/c we ate it too fast. 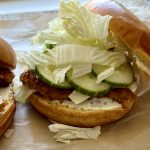 Thinly sliced chicken coated in a mixture of grated pecorino romano cheese and breadcrumbs and pan-fried, topped with shredded cabbage, parmesan, and quick pickles, sandwiched between toasted brioche with a generous layer of lemony mayo!