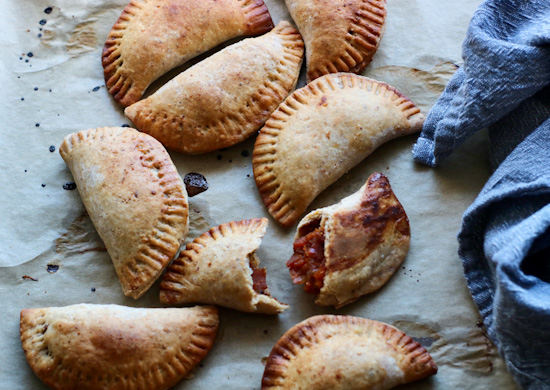 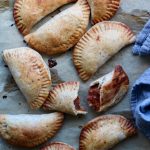 Listen up, friends – it’s fall! Ok, it’s been fall ever since this epically delicious mac and cheese found its way into our mouths and hearts. But in this moment, fall means cozy, savory hand pies stuffed with an earthy butternut squash and salty country ham filling. And did I mention the pastry is loaded with toasted pecans? Yup. Fully channeling autumnal North Carolina goodness here.

Country ham is the salty, umami-ish cousin to city ham. If you’ve never had it, think of it as a meatier version of prosciutto. Bon Appetit has a list of the best brands of country ham in the country although, in my experience, all country ham is good ham. It’s sold in every corner of our little Outer Banks peninsula and I snagged a pack during a recent sweet, relaxing vacay on Ocracoke Island – an oasis located just south of us. These photos from that week just make me heave one big, appreciative sigh:

While I did not make these Squash and Country Ham Hand Pies on that trip, I did think about them a lot. Now, they’ve become a reality and are officially fit for sharing with all of you. Ready?

Here’s how to make squash and country ham hand pies

Start by making the dough, which is just a combo of toasted pecans, flour, salt, butter, and ice water – classic, tasty ingredients. Pulse them in your food processor to make things easy:

Chill the pecan-laced dough for an hour while you make the filling. Said filling starts with roasted butternut squash or whatever squash you love, really. Heck – even sweet potatoes would work here. Just mash up your roasted veg then add some sautéed onion and country ham. I add a little maple syrup and lemon juice to balance out the saltiness of the ham but it’s important to taste this mixture and season to your liking.

Now, you’re ready to roll out your chilled dough and make your hand pies! Use a cutter about 4 1/2″ wide or a similarly sized bowl and a knife to cut out the rounds. (I use a ring from this set of cookies cutters – very handy for savory donut situations, too😜.) Fill the rounds with about two tablespoons of filling, then seal them with the tines of a fork. Brush the pies with a mixture of milk and maple syrup before baking – it makes a tasty and beautifully browned crust on the surface of the dough.

After a mere 40 minutes in the oven, you’re left with this utter gorgeousness…

In the spirit of everything good, cozy, and homemade, I hope you’ll give these hand pies a try! Enjoy, guys!

*This post contains Amazon affiliate links to the food processor I use constantly and a set of cookie cutters that come in super handy for hand pies, homemade donuts, biscuits, etc., etc., etc.! 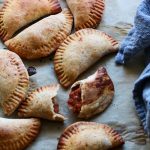 for the pecan dough

for the squash and country ham filling

Shape and bake the hand pies

If you’re a fan of dipping sauces, try a mixture of mayo and honey mustard with these hand pies- it’s pretty heavenly.